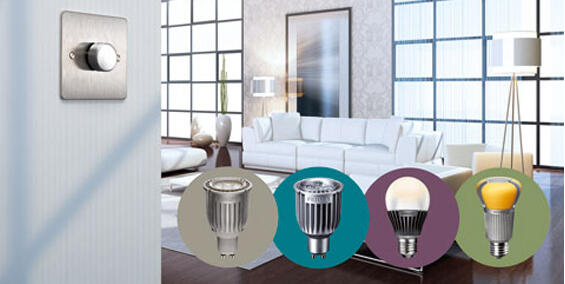 The award winning LED lamps can be paired with dimmers from two of MK Electricâs most popular ranges, Logic Plus â the classic, white plastic design â and Edge â the stylish, functional, slim profile design. Both ranges are rated 8W-48W to operate effectively with the MASTER LED lamps.

According to McKinsey & Company LED lighting is forecast to be the dominant technology in domestic and commercial lighting by 20151. The main reason being the significant energy savings â up to 80% compared with incandescent and halogen lamps when using Philipsâ MASTER LED range. The long lifetime of up to 45,000 burning hours, compared to 10-15,000 of traditional halogen lamps also results in significantly lower maintenance costs.

âThe collaboration between Philips and MK Electric has resulted in a market-leading product that fills an important gap in the industry,â according to Jason Ng, Marketing Communications Specialist for MK Electric.

âItâs one of the first times that a lighting manufacturer and a wiring accessories manufacturer have married their expertise to overcome an industry issue like this one. As a result of this collaboration contractors and designers clearly know which dimmers can reliably dim which ranges of LED lighting â itâs a sought-after answer.â 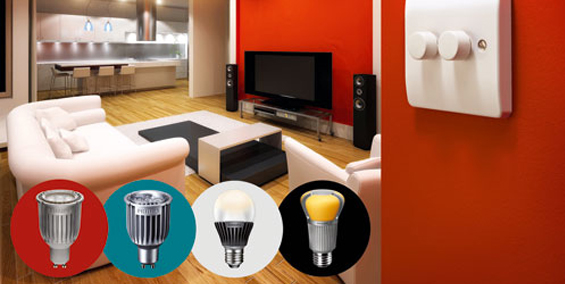 Duncan Chamberlain, Director of Trade, Philips UK comments: âThe sales of MASTER LED lamps to date have been phenomenal and are used in a variety of different applications.Â
Ensuring that all our customers have the best user experience possible is really important to us so taking the leadership to offer clear guidance on dimming compatibilities was an obvious step.â Philips LED spot ranges have a 40,000 hour lifetime while the bulb ranges have a 25,000 hour lifetime. The DimTone ranges in the 8W MASTER LEDbulb and 7W MASTER LEDspot change colour when dimmed from true warm white to a warmer red tone, making it very easy for users to change the ambience of a room to suit their moods â simply by dimming.

All of Philipsâ LED lights are environmentally friendly with no mercury included and all materials fulfil European directive 2002/95/EC.

The LED Dimmers from MK Electric are just the first two in a wider range of LED Dimmers that are due to be launched at the end of the year.