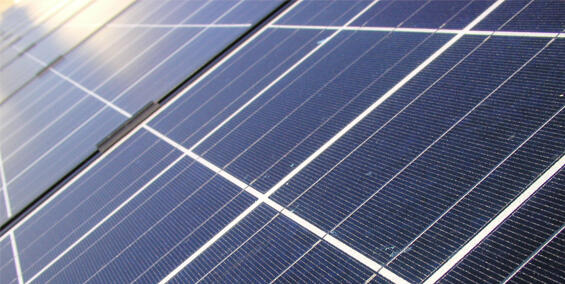 Zhongli Talesun, a solar pv panel manufacturer in China, recently announced that it will supply 45MW of solar modules to solar farms in the UK.

According to the key sources, Zhongli Talesun will supply 27MW and 13MW of solar modules to two projects in the UK. Both projects will use more than 130,000 Talesun solar modules which will generate approximately 40,000,000 kWh of clean electricity annually, enough to support the power demands of approximately 13,000 families.

Robert Moss, Managing Director of Moss Electrical commented âAfter carrying out thorough and extensive analysis and several visits to Talesunâs production workshops, we have absolute faith in Talesunâs engineering quality and look forward to continuing our business relationship for many years to come,â

Frank Qi, Vice President of Sales and Marketing also said âWe are very pleased to cooperate with Moss Huade. This is a great breakthrough in the UK market for Zhongli Talesun.Â  With high quality Talesun branded products and an efficient after sales team, I am confident that Talesun will prove to be a strong supply chain partner to Moss and the UK Solar market.â

According to the prediction of NPD Solarbuzz, a professional PV industry research institute, the UK will replace Germany and become the largest PV market in Europe for the first time in 2014. It is predicted that the UK will add nearly 3GW installation capacity in 2014.

Â The supply agreement between Talesun and Moss will effectively promote Talesunâs brand in the UK market, and lay a solid foundation for the future development.

Exchange was established in 2010 following an investment of 850 million USD.

Workshop: 210,000m2 The largest independent manufacturing base in China.

Talesun has built one of the largest state of the art fully automated production lines in the world. All PV equipment is sourced from leading manufacturers: REIS and Centrotherm from Germany, NPC from Japan and Baccini from Italy.Â