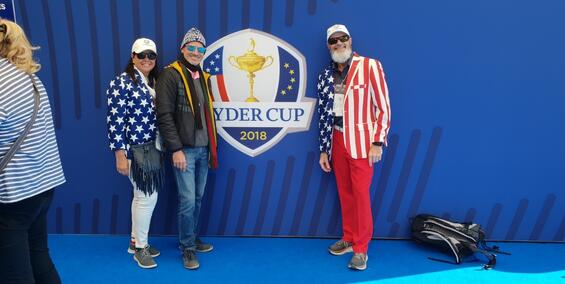 Le Golf National, was the site of the Ryder Cup this September. We had the best players from Europe and USA battling against each other; to take home the most prestigious awards in the golfing calendar. To the delight of Moss Electrical, Europe came out on top; after an eventful and gripping three days. Our company was able to have a representative at the games; our very own Managing Director Robert Moss, who was able to enjoy the atmospheric nature of the games in Paris.

After a 2 year wait, the fans were in full force and rearing to go from the outset. Prior to play beginning, they opened with an Icelandic Thunder Clap. Setting the stage for a thrilling weekend ahead. Europe looked comfortable early in the singles, but the Americans fought back and at one point it seemed they may be on the brink of something special, with the potential win of five of the first six matches.

However, all confidence in an American win was lost; when Ian Poulteâs impressive putt gave Europe the boost to regain their momentum. It wasnât long until Phil Mickleson put his tee shot in the water at the 16, securing Europeâs win with Francesco Molinari coming out on top by winning five out of five matches.Â 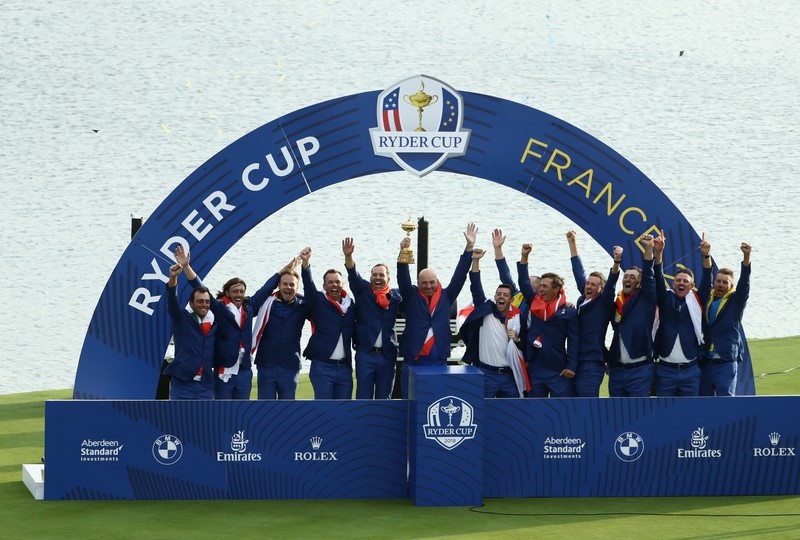 With golf being a lifestyle for many at Moss, and having many avid players believe they are the next Rory McIlroy, the Ryder cup was the talk of the office on Monday morning. Despite the obvious delusions of some, Moss Electrical are keen followers of the sport. We have previously held a Charity Golf Day back in July, where we worked alongside The Dream Factory and raised an amazing Â£20,000. We then had some of the boys from the team, have a short golfing break in Portugal in September; where Robert Moss triumphed in a well needed bond and rest for the team. This just showcases the keenness of many here, with the golfing culture. 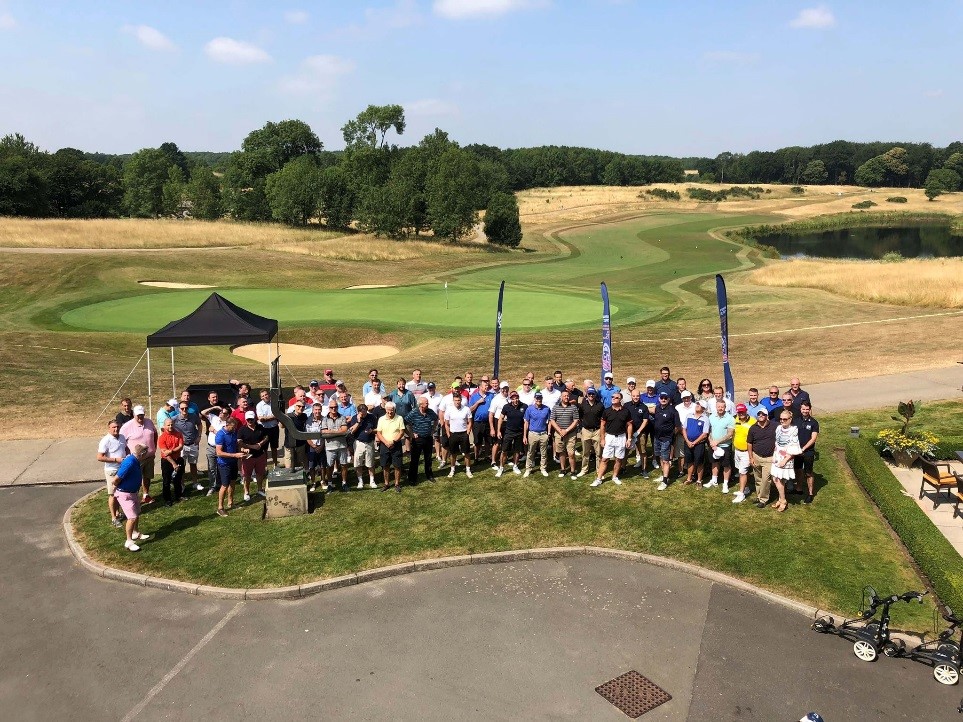 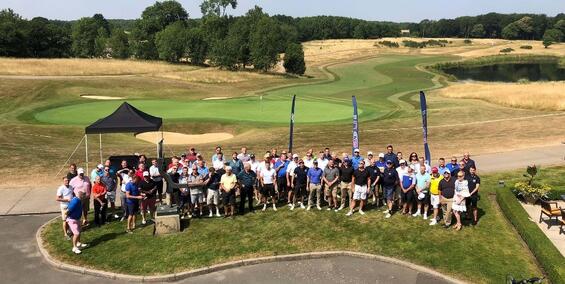 This yearâs antics were bigger than ever, with a BBQ, raffle and some questionable pink costumes we managed to raise a massive Â£1600 for breast cancer research.Â

Since the first ever event in 2002, wear it pink have raised over Â£31.5 million for the largest breast cancer charity â Breast Cancer Now. They believe, that with our help and donations it is possible to create a future where, by 2050, no women dies of breast cancer. Our donations help fund nearly 450 of the worldâs best researchers across the UK and Ireland whose work helps prevent breast cancer and improve the lives of those affected. Â Â Â

The day kicked off with everyone showing off their best outfits, from onesies to police women there definitely was a few laughs around the office. The excitement continued as we set up for the raffle â with prizes ranging from a trip to Fort Amherst to a Â£130 champagne hamper the amount of raffle tickets brought was soon raking up. 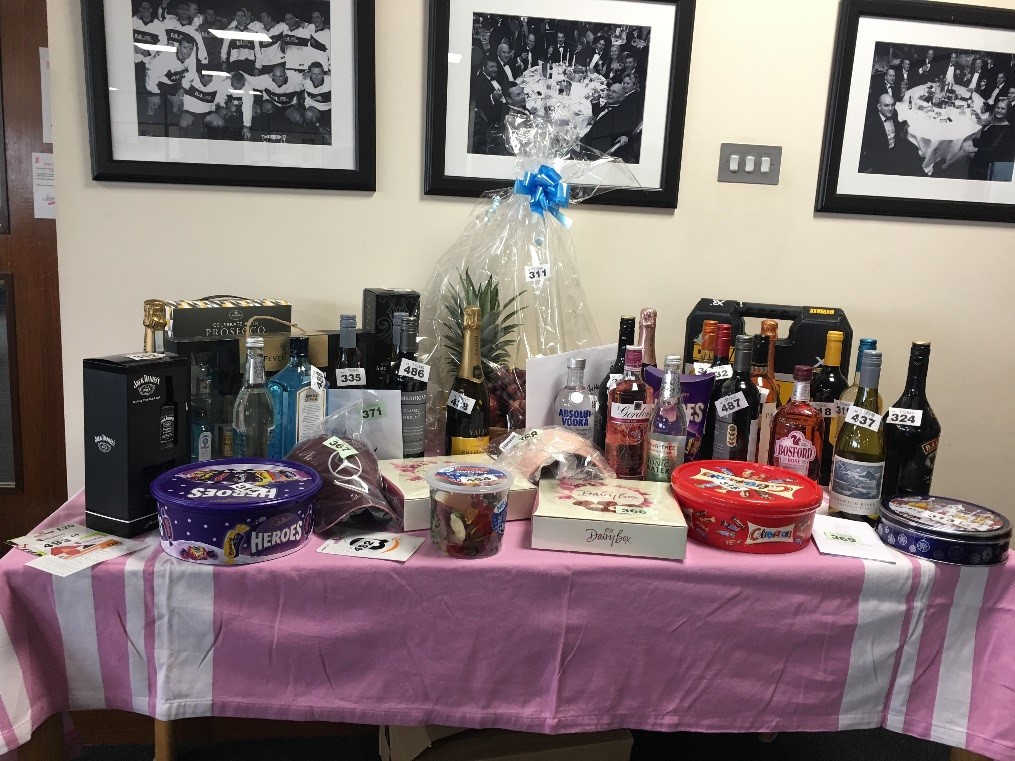 During the day we asked the office to complete a questionnaire asking who they thought was the best dressed and had the most creative outfit. With many contenders, including Jo and Lindsayâs golfing attire and the group of cowgirls from downstairs, the winners were Will and Carole. Â Will in previous years has shocked the office with his choice of pink clothing â last yearâs mankini is often brought up in conversation. Fortunately, this year he chose to wear a few more layers a won best outfit with his onesie and mask combo. Carole won most creative this year â a well deserved title. Every year Carole sports great fancy dress outfits - a nun being the most memorable, however this year Carole went one step further. With questionable pink fluffy handcuffs and an inflatable batten, this police woman sure stirred up a few laughs when she turned up to work.

By the end of the day everyone has had at least two burgers, run their wallets dry and left with a smile knowing that they day had been a great success in raising money for Breast Cancer Now.

Until next yearâs Pink Day you can donate/ find out more at the link below: 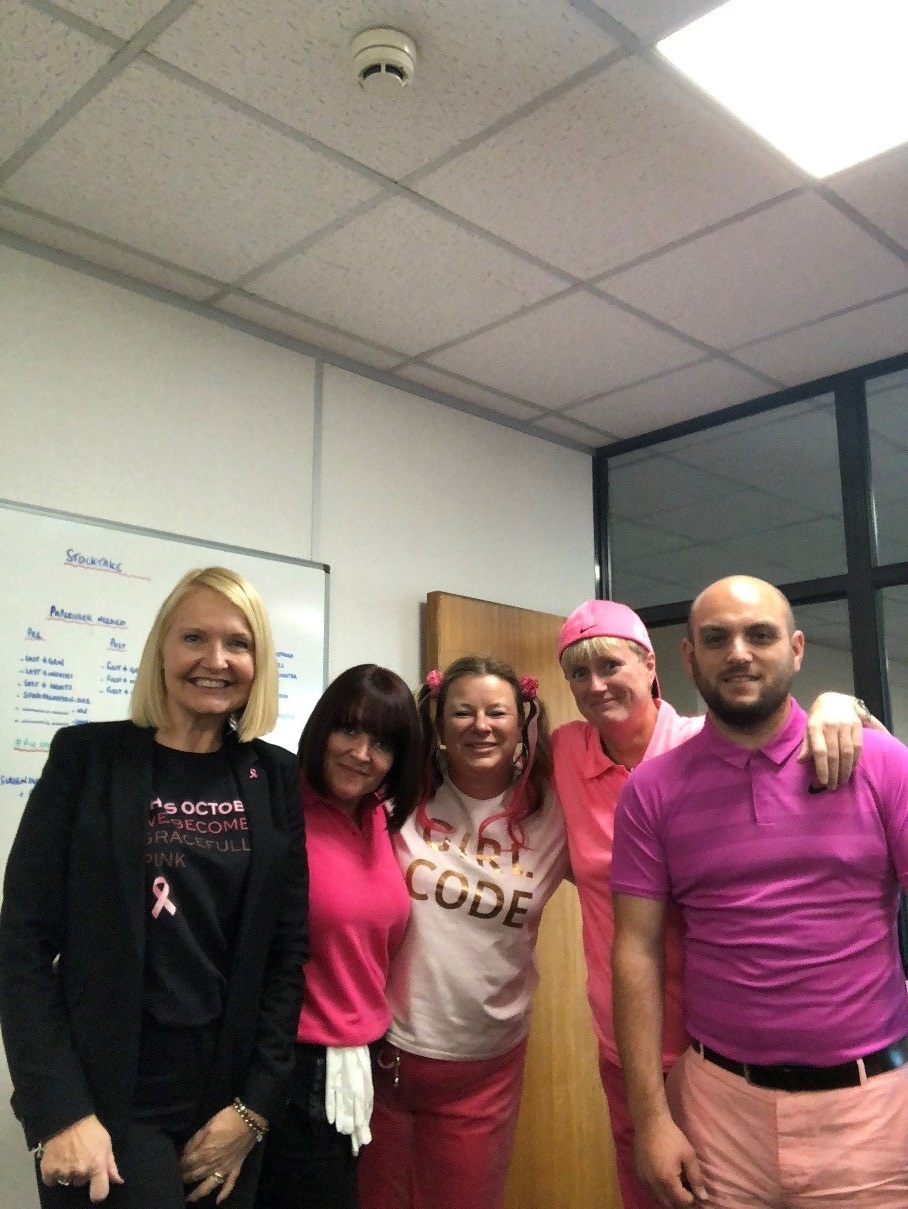 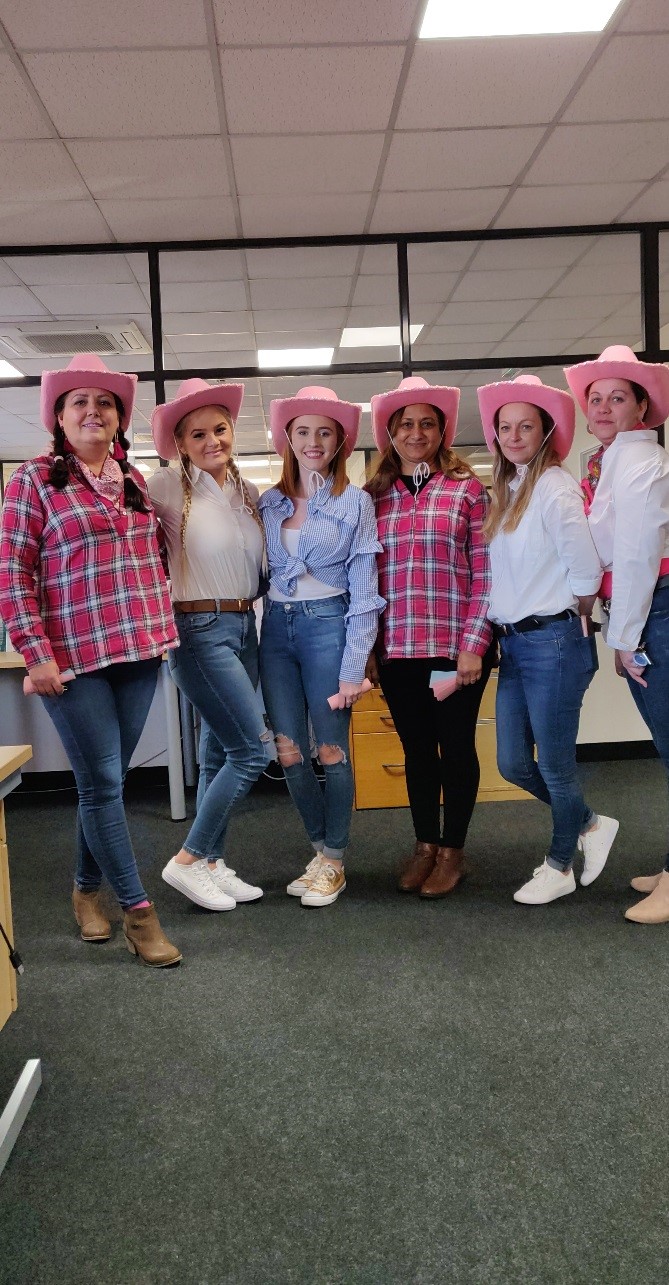 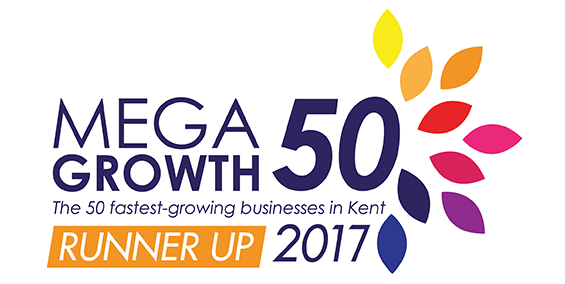 Sponsored by ASB Law, Kreston Reeves, Lloyds Bank and produced by the KM Group the MegaGrowth 50 lists the fastest-growing private companies in Kent by turnover growth over the last three years, with revenues of at least Â£1 million. The results show which companies in Kent have grown their turnover by the largest margin over the last three years. On 3rd November representatives of the county's top-performing businesses gathered at Turkey Mill, Maidstone, to hear the announcement of the much-anticipated results. 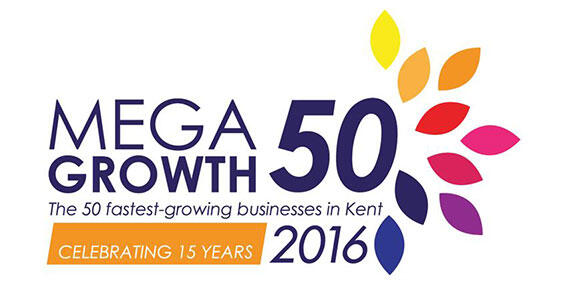 Now in its 15th year, The MegaGrowth 50 lists the fastest-growing private companies in Kent by turnover growth over the last four years, with revenues of at least Â£1 million. The results show which companies in Kent have grown their turnover by the largest margin over the last four years.Â On 2nd November representatives of the county's top-performing businessesÂ gathered at Turkey Mill, Maidstone, to hear the announcement of the much-anticipated results. 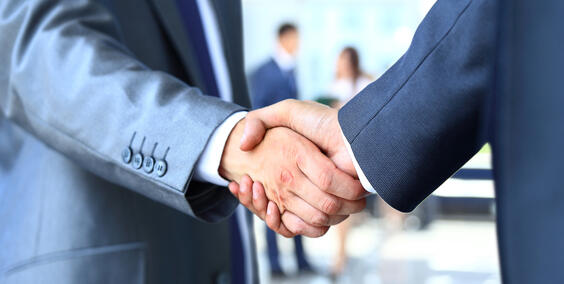 Moss Electrical are pleased to announce the promotion of long-time team members Stefan Kemp &Â Terry Carpenter to prominent positions within the company.

Terry Carpenter has been promoted to the position of Assistant Manager and will use his knowledge & years of experience to offer support to Jamie Ross Branch Manager and spend time nurturing and developing the internal sales team. Terry has been a dedicated employee here at Moss Electrical for more than 14 years. He has worked within the internal sales team, and has consistently surpassed sales goals and helped the company to grow to become one of the UKâs largest independent electrical wholesalers.

After 8 years with the company Stefan Kemp has been invited to join the Board of Directors as Marketing Director.Â Stefan joined Moss in August 2007 as a graduate from Nottingham Trent Uni. Stefan has been a tremendous asset to the company due to his extensive skills in marketing commercial operations.

Following the success of recent graduates like Stefan Moss Electrical has decided to recruit 4 new starters working at their branch in Dartford, Kent.Â These trainees are now on track to complete a two year course designed to secure full-time contracts with the company.

Education and training has been one of the key priorities within Moss Electrical over the past year and it has embarked on a campaign to adopt a culture of learning & professional developmentÂ in the business for the benefit of its employees and to add value to the industry.

The Moss Electrical Workplace Training & Graduate Programmes are designed to give young people the training and experience required to help shape the future of Moss Electrical. The trainees will experience working in all business units to discover what best suits their aims and skills. Moss Electrical is such a broad organisation, thereâs something for all types of people, skills and interests.Â As well as the in-house training programme Moss has also approached some of the UK's leading manufacturers to help develop their product and industry knowledge. The programme is designed to equip the trainees with the core competencies and specific skills needed to meet constantly evolving business goals and new standards in customer service.Â